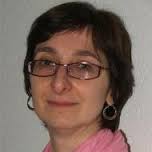 The popularity of the Google Translate app has also encouraged the development of hundreds of other translation apps.

Since its launch in 2007, Google Translate has brought machine translation to the masses, making it free, quick and easy, and therefore significantly contributing to the demolition of the language barriers.

Now in its 10th year of existence, Google Translate is used by some 500 million people to translate 100 billion words every day. Just to give you an idea of how huge this volume is: The Oxford English Dictionary contains over 2 billion words. And, if we add to Google Translate’s volume also the volumes machine-translated by Microsoft, Baidu, Yandex and all the other free, corporate and governmental machine translation services, is it too bold to say that over 90% of the whole translation volume is done by machines?

Take a closer look at the Google Store or Apple Store: You’ll discover that until now the Google Translate app is unbeaten with its 103 (and counting) language pairs, a camera to translate signs and an option for translation of spoken text. In addition to all this, since a couple of weeks, Google also offers a “Tap to Translate” option to translate messages within WhatsApp.

But the popularity of the Google Translate app has also encouraged the development of hundreds of other translation apps. Standing on Google’s shoulders, the new apps aim to distinguish themselves with a stack of cute and useful features, either proposing the same technology in a new jacket or suggesting new uses for it. The translation might not be perfect, sometimes disappointing, but it is mostly good enough to find your way in the maze of foreign messages and among the landmarks of a foreign country.

Translation in a barcode

Developed by a team from the Kwansei Gakuin University in Japan, QR Translator can translate signs and print-outs. The client simply inputs the source text and selects the target languages and the location where the translation will be used.

Once all the options in the ordering form are checked, the user receives a QRT code in the form of a 2D barcode. All that is left to do is adding the QRT code to signs, menus, packages, documents, etc. With their smartphones users will be able to read the QR code and retrieve the translation in their own language. Keep in mind: One QR code can display up to 15 languages, which means you can save a lot of space on your printed matter.

Talk to the megaphone

At the Narita airport in Tokyo, Panasonic has installed a megaphone that can translate in real time from Japanese into Chinese, Korean and English. The new device – based on speech translation technology – has been named Megaphonyaku, a portmanteau of the Japanese words for “megaphone” and “translation” (= honyaku). The device looks like a normal megaphone, but the sentences that you utter into the megaphone are translated from Japanese into one of the pre-programmed languages, in real time and without any need for internet connection.

The idea of creating a “megaphone interpreter” was born immediately after the floods that hit Tokyo’s airport in 2014. The airport staff was having a difficult time trying to inform foreign passengers about changes in the flight schedule. The Megaphonyaku will undergo a final test during the 2020 Olympic Games, but we can already imagine other situations in which this product of speech translation technology could prove its usefulness.

An interpreter in your device

With the SayHi Translate app you can speak into the microphone of your mobile device and your voice is instantly translated, which means: The app connects to the internet and translates your text, and then your device “speaks the translation”back to you  in the chosen target language. You do need an internet connection and you must keep into account some delay. SayHi Translate currently offers up to 43 languages and dialects. The sentences can be saved in a list of favorites to be reused and shared through the social media channels.

In 2013 the website Makeuseof.com declared SayHi Translate “quite possibly the closest thing to Star Trek’s Universal Translator.” It seems this title is now up for grabs.

The first contender is Ili, a wearable translation device (you can, for example, wear it around your neck) developed by the Japanese company Logbar and already honored with the CES 2016 Innovation Award. Ili’s first version can translate between English, Japanese and Chinese. Six other languages (French, Thai, Korean, Spanish, Italian and Arabic) are in the pipeline. You can simply speak a sentence into the Ili’s microphone and the device will reply with a translation by using an integrated travel glossary. Unlike SayHi Translate, Ili doesn’t require an internet connection or a Wi-Fi network.

The second contender is Waverly Labs. In recent weeks this small company of three people has been at the center of the Internet’s attention with the promise of a small earpiece that provides instant translation. As we write this, little is still known about the wearable translation earpiece: Apart from the fancy detail that it’s going to be available in three colors the company has not even disclosed yet whether they are going to use a proprietary technology or implement an existing one. Many are already queuing up to pre-order, although the Pilot – this is the name of the earpiece - will be available sometime in 2017. In the meantime you can follow how the crowdfunding is going on Indiegogo.

These apps and devices are one more piece of evidence of what TAUS has been talking about: The Convergence Era of the translation technology industry. And with the combination of machine translation and Internet of Things, deep learning is going to have a much wider playing field.

There is also a lot of creative busyness in both the technology and the design fields. Last April two undergraduates of the University of Washington presented SignAloud, a glove that can translate American Sign Language into speech or text. Do we need to remind ourselves that there isn’t just one sign language?

No doubt very soon one form or another of translation technology - whether the conventional machine translation or speech-to-speech translation - will be integrated in other everyday objects.

Keeping in mind that all these translation options are almost exclusively designed with tourists and travelers in mind, the burning question is: Will this use of translation technologies in the long run make language learning a pointless activity? Will it refrain us from opening ourselves to new cultures and views? Will it make us lazy?

A broadly skilled language professional, Isabella knows translation, written communication and tech innovation. She is an ECQA certified Terminology Manager and holds a master’s degree from the University of Parma, Italy.